We thought the Cuestra de Lipán and the Salines Grandes were the best that this side of Salta had to offer: they were pretty spectacular, after all.

We decided to visit the Pucará de Tilcara – a re-built, 12th century, pre-Incan settlement – and a village called Humahuaca thinking they’d be easy, gentle visits for our last day in the Tilcara region.

We enjoyed the Pucará: it was interesting enough, although as we’ve been to Machu Picchu on this trip it was always going to

be “just OK”. Many of the buildings had been rebuilt using traditional methods: 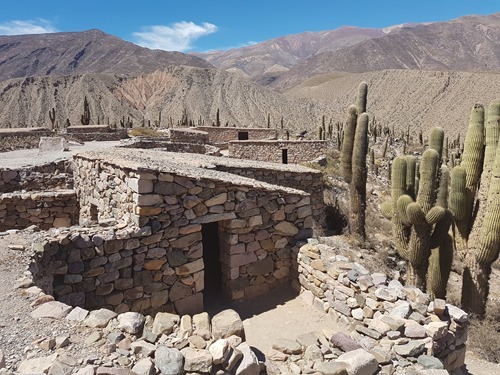 Inside you could see how cactus trunks were used for beams: 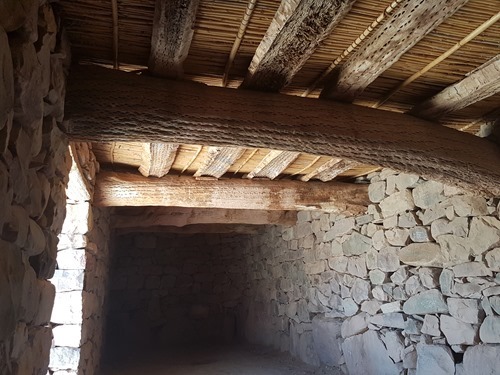 Just the view across the valley was worth the modest climb up to the Pucará: 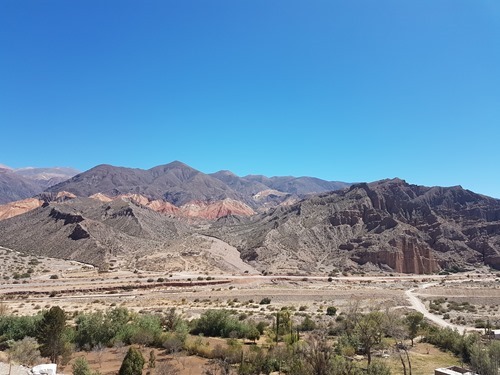 Originally we’d seen a temple-like building from below. We’d thought this was part of the settlement, although it turned out to be a monument to the archaeologists who had found the site, back in the early 20th century. The monument was built on top of remains of the 12th century settlement… something that would be unthinkable today: There was also a botanical garden (which we skipped) and a llama enclosure. Here’s one of the babies: 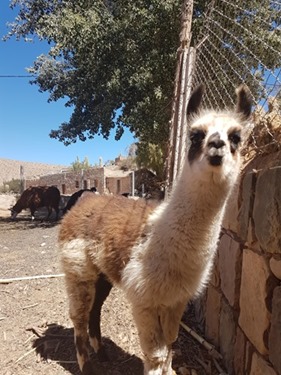 From Tilcara we headed north about 48km to the town on Humahuaca. It’s a nice little town with a few things to see and lots of souvenir stands. Here’s the centre of the town: 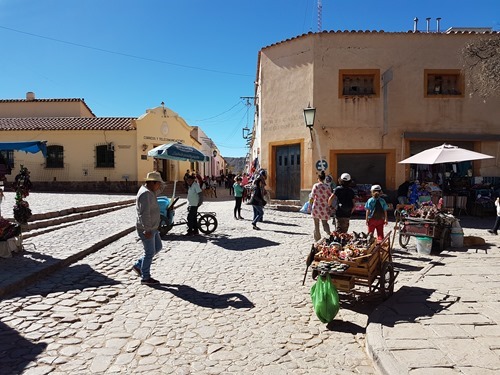 On a whim we decided to drive up into the hills. We knew there was a viewpoint up there, and managed to find some vague instructions on how to find it on the web. We drove along 10km (or perhaps even more) of dirt roads, climbing gradually up to an altitude of 4,350m… as we got closer we got a greater sense for what was awaiting us. 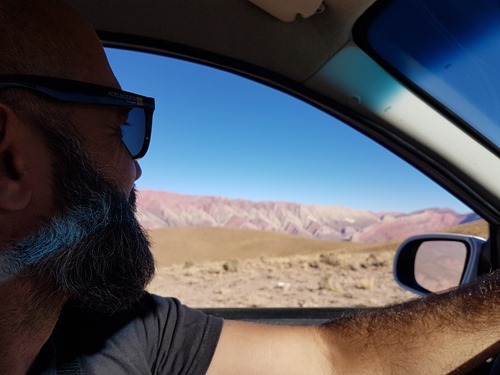 El Hornocal provided an incredible vista across El Cerro de los Siete Colores… completely breathtaking. I went with our eldest son along a path to get a slightly better view… here’s the panorama I took from there.

The walk back along the path – which admittedly climbed quite sharply for a bit – was crazy. At this altitude there’s significantly less oxygen getting into your lungs.

The above picture doesn’t really do justice to the colours of the hills… here’s one I tweaked for our Instagram feed that’s more representative. 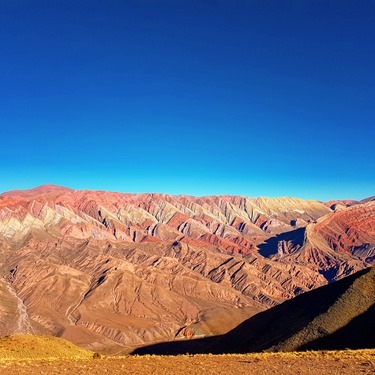 This rounded off a great visit to the Quebrada de Humahuaca, a truly stunning part of the world.

From here we’re heading back south to Salta for one night before heading on through to Cafayate. This is also meant to be an incredibly pretty region, so it’ll be interesting to compare the two.