Salta and the Salinas Grandes

Since the last post, we took a daytime bus – lasting about 4 hours – from Tucumán up to Salta. 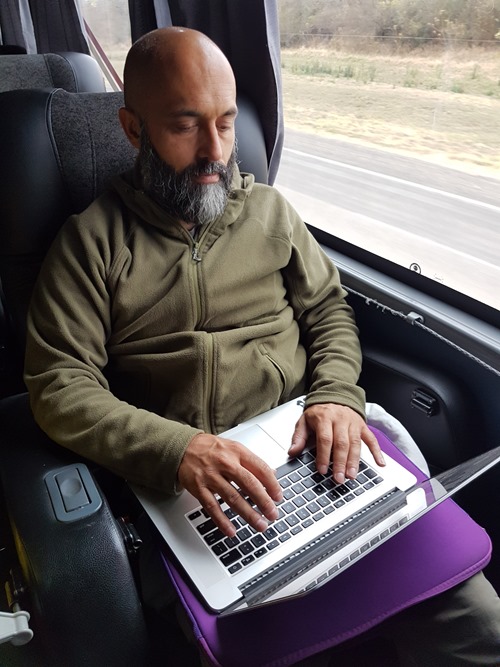 This was actually quite nice, although at one point we sped past a traffic accident where I happened to look down into a burnt out car and saw the remains of the driver still in it. (Luckily I was the only one in the family who noticed this.) I admit it shook me quite a bit, especially as I get the feeling that such accidents aren’t all that rare, here. And given the fact we were due to rent a car and drive these exact roads ourselves in a few days. But more on that, in due course… let’s talk about Salta.

Lots of people in Argentina have told us how picturesque Salta is (“Ah Salta! Muy linda!”), so our expectations were perhaps a little high after Córdoba and Tucumán. It’s true that Salta is very pretty when compared with the other cities we’ve been to in Argentina: it has some very interesting old churches and buildings and is much cleaner, too. It’s also a lot smaller, but that may also be part of its problem. For instance, in Córdoba and Tucumán it’s common to have traffic lights at road intersections. In Salta these are few and far between, so each intersection is a battle of wills between motorists, with pedestrians caught in the cross-fire. Perhaps this wasn’t an issue 10 or 20 years ago, but now there’s enough traffic for it to be a significant annoyance.

We did enjoy wandering around the city, it’s just we were more than a little irritated dealing with the traffic situation.

A few highlights from our wanderings…

We liked the churches and the cathedral we visited – these were really beautiful and vibrant. 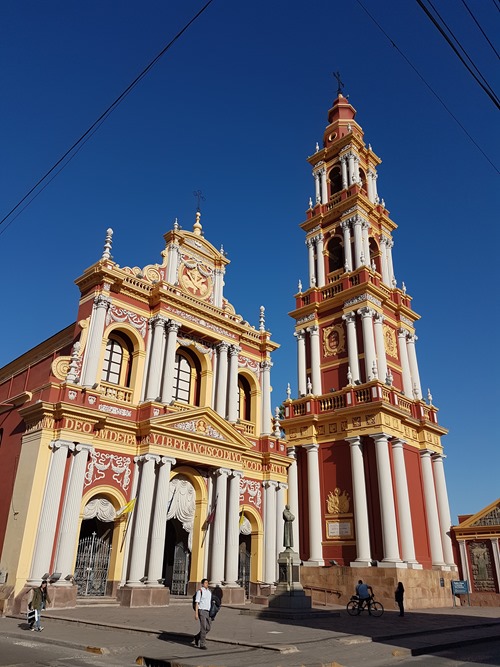 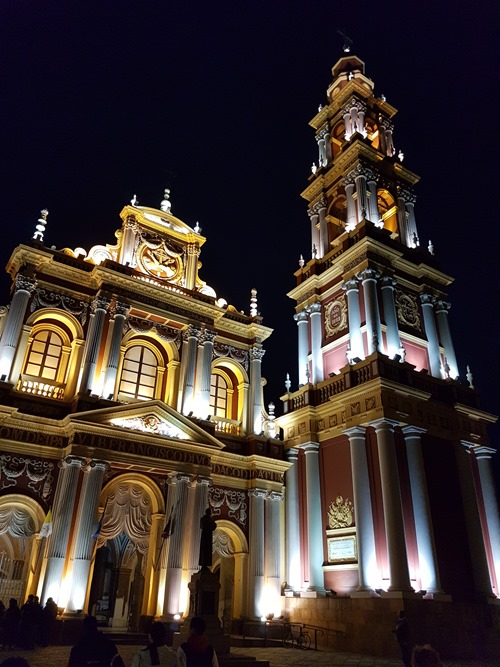 We also enjoyed the Museum of High Altitude Archeology, which focused on the preservation and display of the mummified remains of child sacrifices made by the Incas. This was actually really interesting, despite the way these poor children met their ends.

On the third day in Salta we picked up a rental car and headed north to Tilcara. We chose to use this town as a base to visit the Salinas Grandes – large salt flats, which incidentally have nothing to do with the name Salta – and Humahuaca.

So far we’ve visited the Salinas Grandes, which were very cool. The road towards them – known locally as the Cuestra de Lipán – was really special, heading through some scenery that reminded us a lot of Utah. We saw loads of awesome cacti and even some hoodoos (which people who have visited Bryce Canyon will know all about). The cacti stopped growing at around 3,250m: the highest point we reached was at 4,180m. Which is as high as I’ve been outside of a plane! 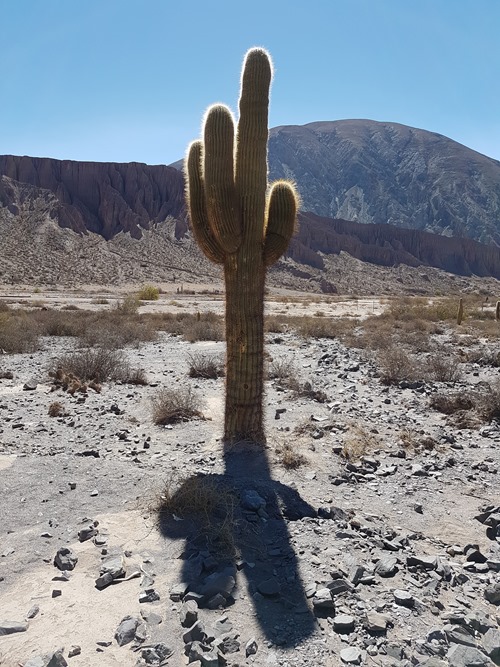 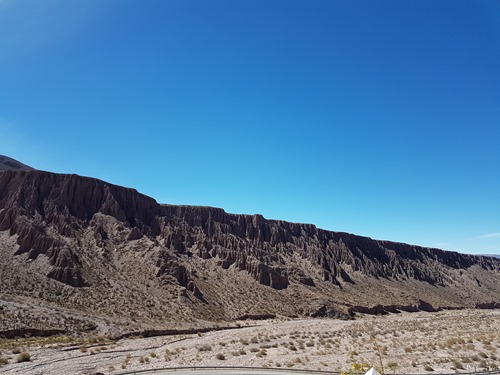 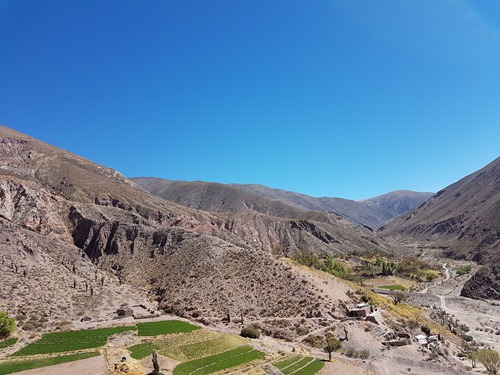 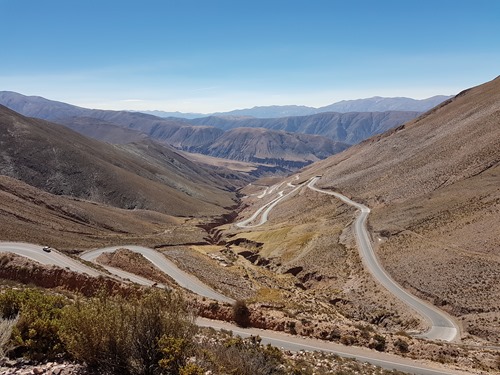 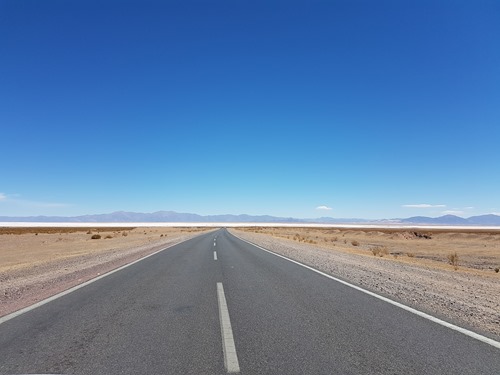 Close to here we saw a herd of llamas crossing the road. We stopped to take photos – this is as close as we could get before they were spooked. 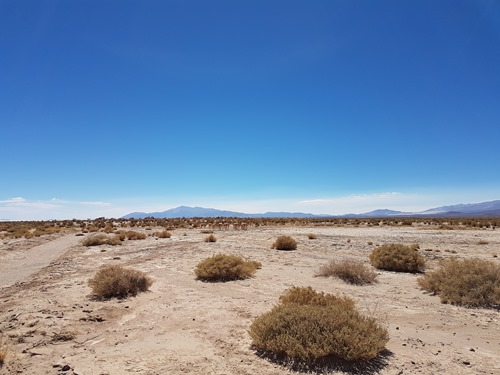 The salt flats themselves were incredible, and almost completely free of tourists.

The Salinas Grandes were really just a warm-up for the salt flats in the Salar de Uyuni in Bolivia… these are apparently at another level, but also way more touristy than their Argentinian counterpart. We’ve just booked our travel (bus and train) to get there next Wednesday, as well as a 3-day tour that will take us through the desert in a jeep, staying in some fairly rudimentary accommodation (some of which is made out of salt!). Should be interesting, to say the least.

In the meantime, we’ve got a few more days in Tilcara – we’ll visit the Pucará de Tilcara and Humahuaca – after which we’ll take advantage of having the rental car to head south to Salta again for one night before going further south to Cafayate. This may seem strange as it’s not that far from Tucumán – which means we’re going a bit all over the map – but one-way car rentals were just so expensive and problematic that we’ve used a combination of one-way buses and round-tip rentals instead. So it goes. Then we’ll be back in Salta for one afternoon before heading up to Bolivia overnight.

I’ll no doubt post more about the rest of the coming trips both north and south of Salta, so watch this space.