We left early on Thursday morning to get to SFO in good time for our flight. Catching BART would have been my preferred way to get there, but when I costed up the options it looked cheaper to catch an UberXL (at around $43) than to pay for 5 people at $8.90 per person (it’s frankly outrageous there are no discounted BART tickets for kids unless they have a Clipper card). Plus there would have been the not-insignificant effort of walking 6 blocks to 16th & Mission (which is way up on the list of most sketchy BART stations) first thing in the morning. I really like taking public transport, but not that much. For sure taking BART is the more predictable option, time-wise, but we decided to roll the dice.

Thankfully, the car arrived on time and dropped us off without any major delay. As we were approaching Terminal 2, though, TripIt announced a 1 hour delay for our flight to LAX. This was a bad thing, as we only had 2 hours to change planes. As we arrived at the terminal this delay turned into a cancellation. Argh!

We went straight to the customer service counter and had our next bit of bad luck: the person who ended up helping us wasn’t the sharpest tool in American Airlines’ box. She took what seemed like forever to issue alternate tickets to get to LAX with Virgin, by which point it was too late to check-in for that flight. So then we got re-routed via Dallas-Fort Worth and Miami. This sounded nuts until I looked at a map, at which point it only sounded half-nuts: Miami is pretty much on the same longitude as Lima, so it wasn’t that bad, I guess. Just a whole lot longer.

We did ask why the LAX flight had been cancelled and were told there was fog in Los Angeles. Strange that our flight was the only one affected. And presumably a mechanical problem would have obligated the airline to provide compensation or accommodation for severely inconvenienced passengers. But I digress.

Our flight to Dallas was fine, and even the 5 hour layover was tolerable. The kids were tired by the time we arrived in Miami, though, at which point we found our transfer involved us changing terminals – and repassing security – all without the use of their AirTrain (it seems this doesn’t run at 1am). We walked… and we walked… and we walked. 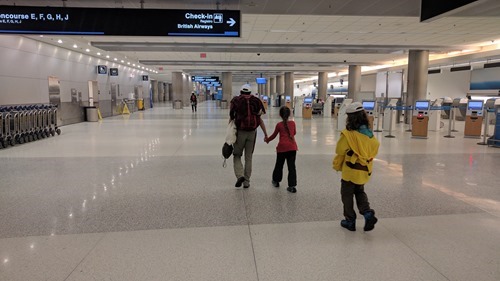 Going from an A gate to a J gate by foot at 1am with half-sleeping kids was really no joke. Especially as we only had an hour for the transfer. Eventually we got to security, but for some bizarre reason my wife’s Surface Pro 4 didn’t scan properly – she ended up having to go through 3 times. We sprinted to the gate and were the last ones to board, drenched in sweat. We were all seated in different parts of the plane, which thankfully the staff helped address, at least partially.

All this said, this was our first LATAM flight, and we loved it. I’m looking forward to some of the other flights we have with them!

We arrived in Lima 6 hours later than expected and with one bag fewer than we started with. We caught our transfer to the hotel and then grabbed a quick breakfast on arrival before going to sleep for most of the day, but we had, at least, arrived!

Our hotel was in Miraflores – the fancier part of Lima, by all accounts – and we spent our first few hours awake discovering this area. We had dinner at La Lucha Sangucheria Criolla – a very nice Peruvian fast food joint – and enjoyed an exhibition entitled “2D <-> 3D Fold / Unfold” on the way home. A very nice evening, all told. 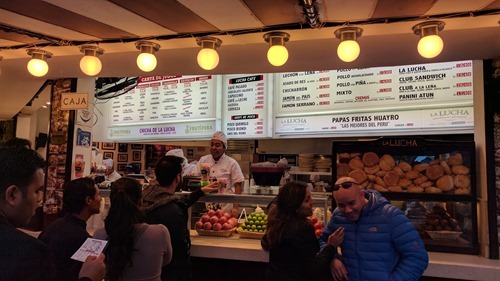 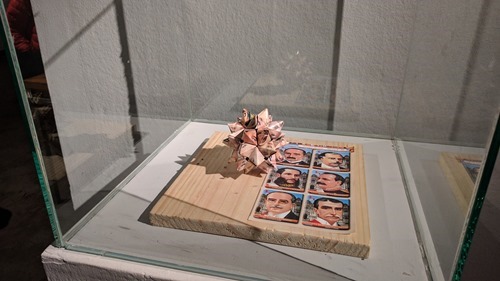 Our only full day in Lima was spent mostly in the old town. Lima has a Metro system, but it’s not underground: it’s based on buses that run on the standard road network, although with dedicated lanes and special stations that are in the middle of the freeways… an interesting and pragmatic design. 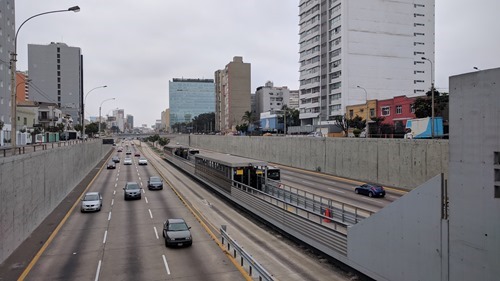 At the recommendation of a colleague (thanks, Rocio!) we went first to visit InfoPeru – a tour operator close to the Plaza San Martín. The general manager of InfoPeru, Laura, was incredibly helpful: she gave us great suggestions on how to spend our day. If you’re looking for someone to help organise your trip to Lima (and presumably the rest of Peru, too) I’d strongly recommend contacting InfoPeru. 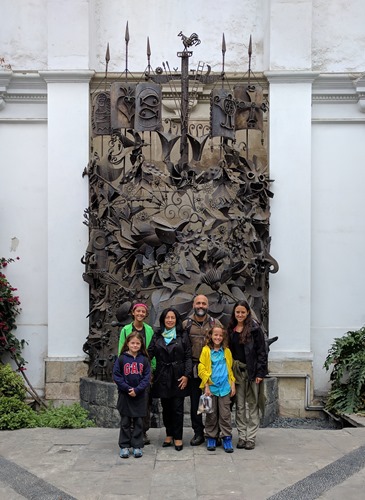 The first main stop of our mini-tour was at the Palacio de Gobierno del Perú for the changing of the guard, which had heightened security due to protests they’ve been having in Lima (Peru is going through a period of civil unrest, it seems). 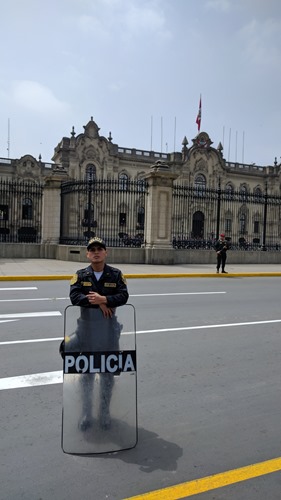 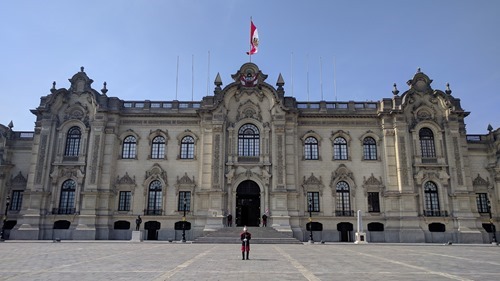 After this we went to the Basílica de San Francisco. The building itself is largely uninteresting, having been rebuilt in the 1920s, but the tour was amazing for one reason: the visit to the catacombs. 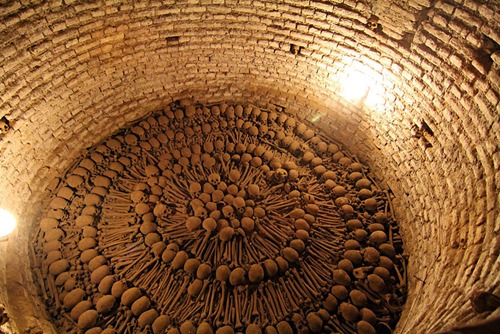 (We weren’t allowed to take photos in the church, so I found this one on the internet.)

Next we had a nice ceviche at a local restaurant, and then visited the Casa de la Gastronomía Peruana to learn more about Peruvian cuisine. I’m very glad we did this after having eaten – it would have been torture before lunch. After that we did a little souvenir shopping before the kids had really had enough – time to head back to the hotel. 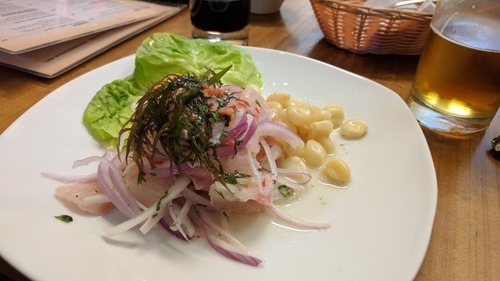 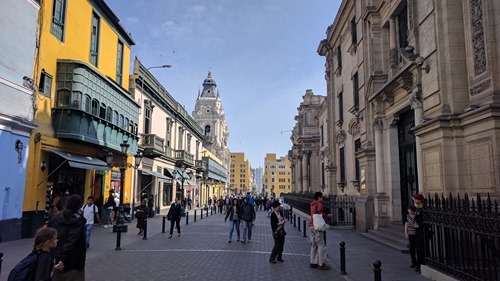 It was a great day in Lima. Next we’re off to Cuzco, getting closer to Machu Picchu.