« Parks of Utah | Main | From Monterey to Marin County » 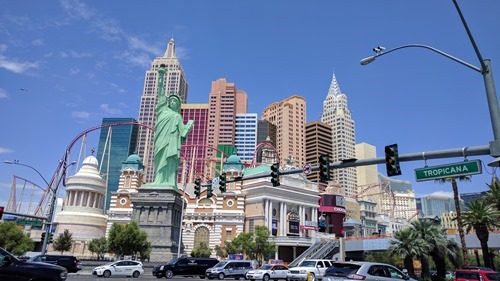 Las Vegas pretty much met my expectations (which were admittedly very low). After coming to the city 1-2 times a year for around 20 years for Autodesk conferences, it was strange coming back with my family. We initially struggled to get a room at late notice: between the Black Hat security conference, a huge basketball tournament and the World Poker Championships (plus probably 15 other events I’m not aware of) the city was pretty well booked. In the end we stayed at the Travelodge by McCarran, which was on the helicopter flight path for the airport.

We had fun, though: the Shark Reef Aquarium at the Mandalay Bay was nice, and we visited the chapel my wife and I were married in 16 years ago, which was awesome. 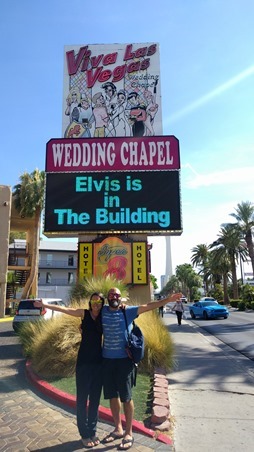 It seems we were one of the first couples to be married there – they had opened not long before – so we were treated like royalty.

Old Las Vegas has received a lick of paint since I last visited it: Fremont Street was a hoot… street concerts and zip-lines, even the old casinos there seem more appealing. 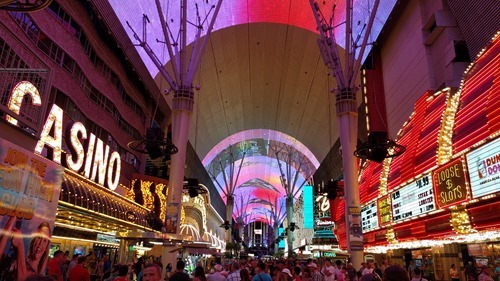 We also had the chance to catch up with Wayne Wallace, an old friend and former colleague, and meet his wife Angie. I’ve kept in touch with Wayne since he left Autodesk, on and off – and even caught up a few times during the Autodesk University week – but it was great to catch up properly without the stress of AU going on around us. 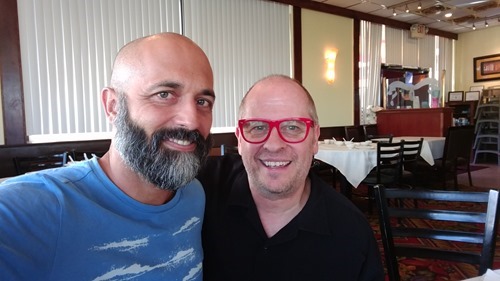 So overall not a complete disaster, although I was (as always) happy to see the back of the city.

From Vegas we headed west through Death Valley – where we really enjoyed the scenery despite the 125°F (nearly 52°C) July temperatures – and on our way towards Bakersfield. 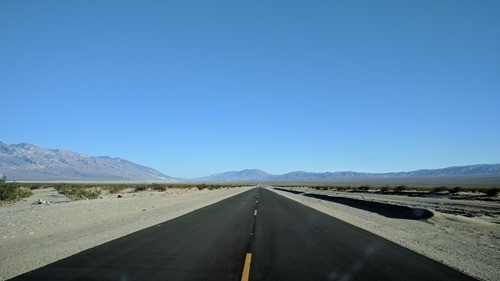 We stopped to take some photos in Trona, an old town that seemed half-abandoned. Still beautiful, though. 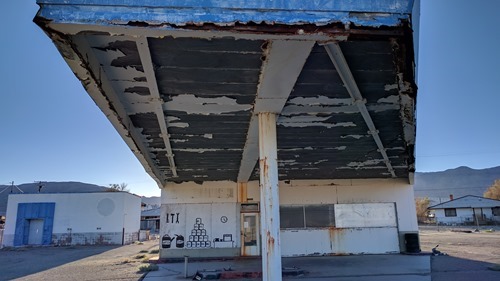 In my first major logistical mistake of the trip, we booked a room at The Vagabond Inn on the noth side of Bakersfield, on the road we needed to take bright and early the following day. It was a bit of a disaster: our non-smoking room had clearly been smoked in recently, the sheets hadn’t clearly been washed recently, and the constant noise of the highway gave us the impression we were sleeping in the middle of it. Not to mention some of the less salubrious characters who frequent this kind of motel, hanging out on the walkway and staring at you as you walk past.

On the plus side, we got out of there as quickly as we could on Saturday morning, heading the last 2.5 hours north to Sequoia National Park. We were planning on getting to the closest first-come-first-serve campground to the park entrance, but decided to power on through to the first we could find surrounded by large trees (the two nearest the entrance were at a much lower altitude, which also meant they had campfire restrictions). We held our breath as we snaked through the park… we turned into the Dorst Creek campground, ignoring the “Full” signs… The bad news was that it wasn’t first-come-first-serve. The good news was that they’d just had a cancellation – almost unheard of for a weekend in the summer – and so we managed to score a fantastic (and huge!) site in the trees. It was a little walk from where the cars were parked – a change from the drive-in spots we’ve had until now – but that just made it more magical. 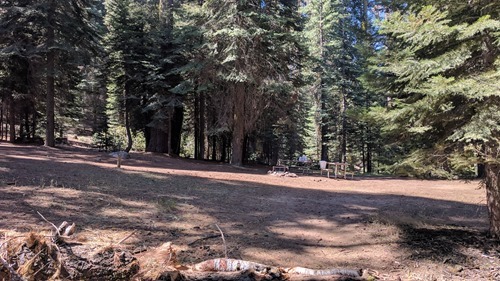 We were told, on checking in, that the people staying in the same spot the night before had left food in one of their tents and had a brown bear rip through it. I don’t know if this was the reason for the cancellation, but it did lead to us being hyper-careful with food. We left everything in the provided bear-proof box, although I did leave a quarter-pound of mint M&Ms (bought at the M&M Store in Vegas… very tasty, and I normally dislike M&Ms intensely) in the back of the car.

We had a great, relaxed afternoon at the campground – decompressing after Vegas and the escape from it – and then firewatched and stargazed before sleeping. My wife and I both woke (we’re in separate tents: she stays in the 1-2 person tent with one of the kids, I stay in the 4-person tent with the other two) to hear a car alarm going off. My first thought was “damn it – I knew I should have put those M&Ms in th.e bear box!” and then more alarms started. I had this mental image of a bear smashing car windows and bouncing up and down on car rooves. Not good. My wife whispered loudly that she had heard the bear move past our tents, but thankfully it didn’t stick around.

I woke early and checked on the car: all was fine. I went ahead and fired up the BioLite and made coffee in the trees. Not a bad start to a beautiful day. A few hours later a Ranger came by to check on us: he explained the car alarms get triggered by campers to scare the bears away when they realize there’s one around. That made a lot of sense, although I wish I’d known about it before my 3am panic attack.

On our full day in the park we started with the standard tourist stuff – a trip to General Sherman, which is admittedly very impressive – but finished the day with a late evening hike to Muir Grove. 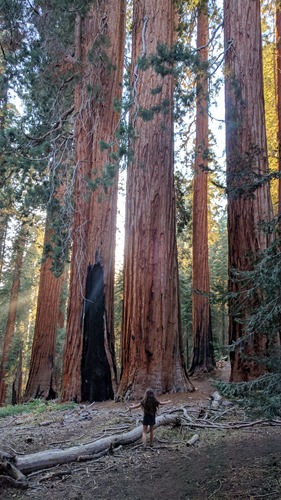 We chose this one because it literally starts at the back of our campground. It was a slightly long hike – weighing in at just under 3 miles each way – and we started a little late – just before 6pm – but it was fantastic. We arrived as the sun was setting through the grove of giant sequoias… simply magical. We were (once again) attacked by mosquitoes pretty intensely on the way back – and we arrived back at our campsite as twilight was ending, with a couple of exhausted children – but it was well worth it. 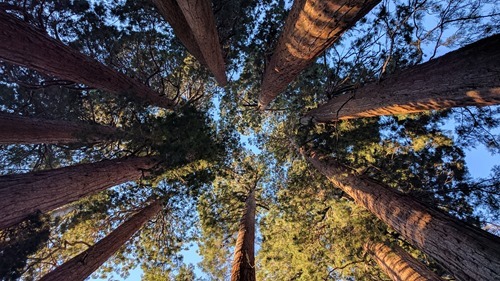 Early this morning we had another bear visit – our neighbour managed to snap some great pics of it, although we (of course) just missed seeing it. But at least we had a good night’s sleep, this time.

We’re  now continuing out journey westwards towards Monterrey. This is the first stop on our tour where my son is hoping to scuba dive…  I learned to dive in Monterrey and know exactly how cold the water is, so I’ll be staying firmly on the shore.