From Monterey to Marin County

After leaving Sequoia National Park, we headed across the central Californian valley towards Monterey, stopping for lunch in Fresno. Approaching Monterey we started to get excited, seeing the golden hills of California reminded us strongly of our time living in the Bay Area. Then we hit the bank of fog coming off the Pacific and remembered just how much the temperature can vary during the summer months in this part of the world. Camping might prove interesting.

We’d just spent a couple of days of camping in Sequoia – and the previous days of camping were just before the unpleasant night in Bakersfield (see the last post for details on that) – so we were quite ready to get a hotel for the night. As it turned out, this proved once again to be difficult at short notice, with Monterey being a popular summertime destination. So we ended up in the Veteran’s Memorial Park Campground, which at least had hot showers included in the nightly fee. 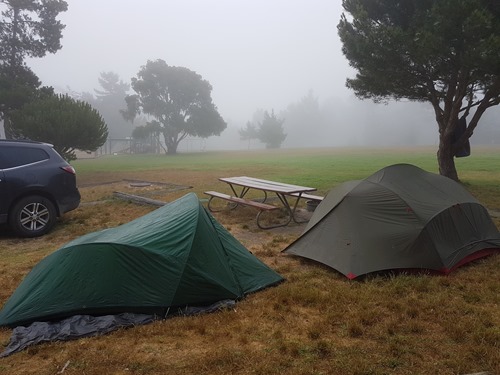 We set up our tents as the fog rolled in, had an utterly unpleasant showering experience (only two showers were working – one for men and one for women – and these were largely repositories for used cotton buds and sticking plasters), and then headed out for dinner. We decided we deserved a treat, so went to Hula’s Island Grill, a well-rated Hawaiian restaurant. Some delicious seafood certainly helped raise our spirits quite a bit.

Next door to the restaurant was one of the dive shops we’d investigated on the web, so we decided to come back the next day and look into scuba diving options.

Despite – or perhaps because of – the fog, we slept very well that night, then headed back to Lighthouse Avenue to book some dives. We signed my wife and son up for a dive the following day and then headed for a nice breakfast at Coco’s Bakery. This was a short walk from our main destination for the day – and, arguably, for the trip to Monterey – the Monterey Bay Aquarium. My wife had visited 15 or so years ago while I was learning to dive, and had fallen in love with the place. As the tickets for one day weighed in at around $200 for the whole family, vs. $250 for an annual family ticket, we decided to become members and have the option to come back the next day (it’s unlikely we’ll be back this way during the next year, but then you never know).

The aquarium was absolutely incredible. Here are a few snaps: 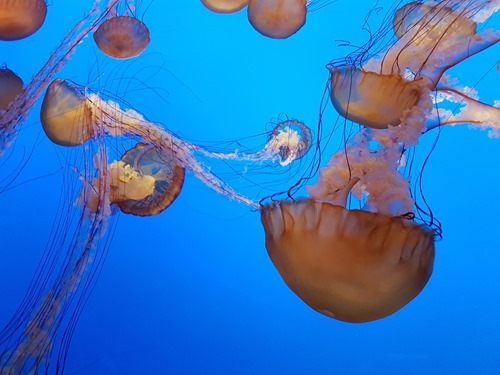 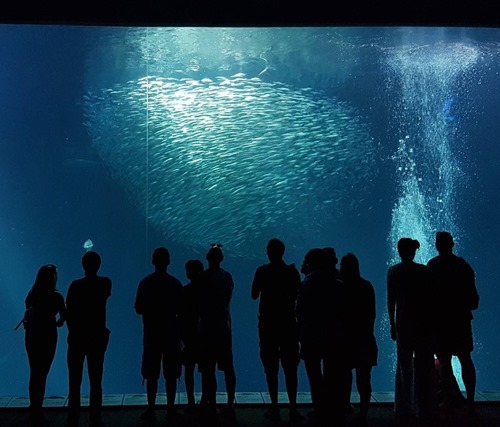 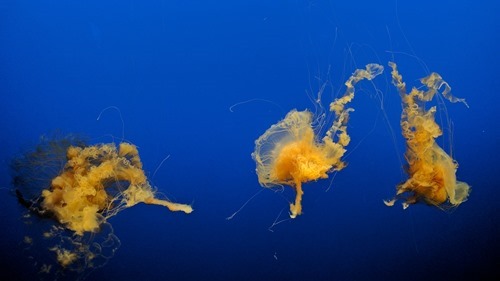 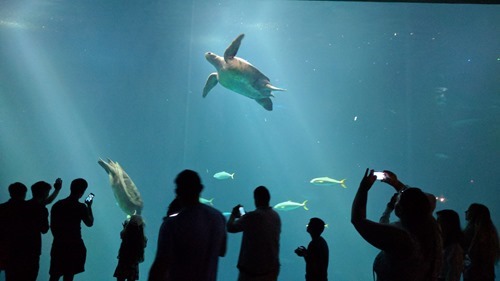 The scale was impressive, of course, but also the effort that has clearly gone into making the exhibits accessible for children. It was really a great experience – and we did end up visiting twice during our two days in Monterey – especially for our eldest son, who dreams of becoming a marine biologist. Here he is getting ready to dive: 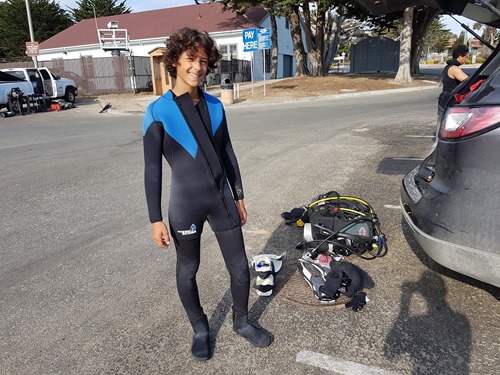 Two nights of camping in Veteran’s Memorial Park was plenty: at 4am on the second morning our sleep was interrupted by a nearby domestic argument (someone was yelling at his girlfriend for stealing from his bag?!?) and we then ended up staying up because the people in the neigbouring tent were clearly also woken up but decided to start their day, discussing their plans loudly in Mandarin. So after the second day there, we decided it was time to head northwards. As we still had the rental car for a few more days, we opted to go straight up to Marin County and hang out there. We descended on Guido Haarmans, an old friend and my first manager at Autodesk, who lives in Novato.

He took us out onto the Bel Marin lagoon on his motorboat… a beautiful evening. 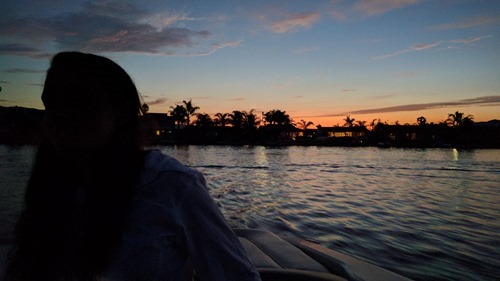 The next day we headed back down to San Rafael to swing by the office and chat with members of the AutoCAD team, eat at our favourite sushi restaurant and then visit our old neighbourhood. 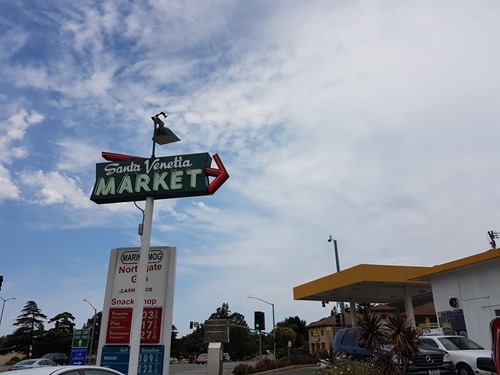 Santa Venetia is still as colourful as ever, I’m happy to report. 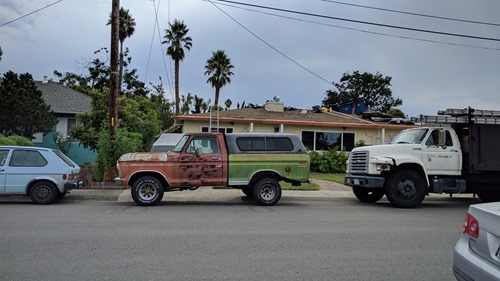 We managed to catch up with a number of old neighbours, which was fantastic. Our immediate neighbours from back then – Matt and Jeannine Herron – happened to be celebrating Matt's birthday, a wonderful piece of serendipity. They are truly amazing people: during the civil rights movement Matt photographed a lot of what was happening in the south. Later on, as a family, they sailed across the Atlantic and visited various nations in West Africa. They’ve published a number of books about both these experiences. They’re really such an inspiration.

We also had the chance to hang out with Renee and Shannon O’Hare and their kids. Old friends we spent many enjoyable moments with back when we lived in San Rafael. 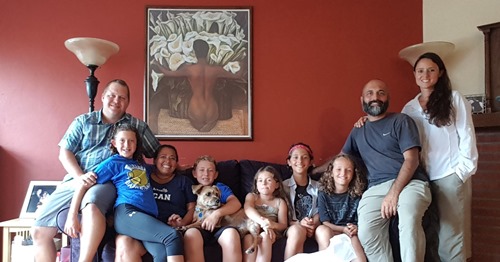 Then we headed back up to Novato, as Guido had offered to take the kids out again for a splash. 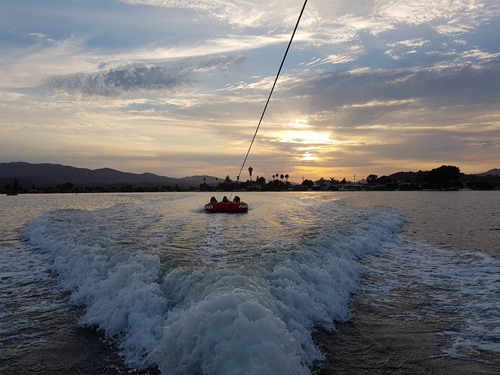 We’re now staying with another dear friend – and our eldest son’s godmother – in San Francisco. Over the weekend we’ll mostly be up in Napa, but will head back down to the city for the best part of next week. Gearing up for the next major leg of our trip: South America!