We arrived in Bozeman from Toronto (having changed in Denver) fairly late on Thursday night. After picking up the rental car – and eating a quick pizza in Belgrade – we zoomed over to West Yellowstone, the town closest to the western-most entrance of Yellowstone National Park. The kids really only had a few hours of sleep in a Days Inn before we bundled them into the car and headed across to try to snag a spot at a first-come-first-serve campsite (the only way to get a place in Yellowstone at this time of year, at late notice). We waited in line from about 8am to 9:30am or so, but were very lucky: we managed to get a space for our tents. While waiting in line I got chatting to an RV owner, Doug Britt. He happened to be an ex-engineer at Boeing and a good friend of Randal Newton. It’s a small world. :-) If you look closely you can see me chatting with Doug while waiting queueing for a spot, below. 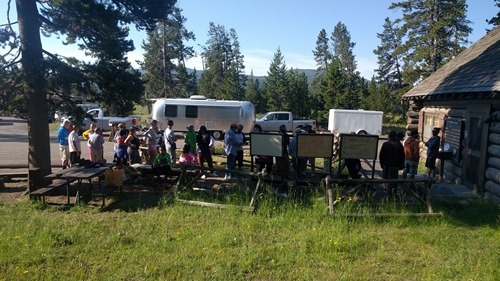 After pitching our tents and getting settled in at Norris Campground, we spent most of our first day in the park exploring the park’s own Grand Canyon and its amazing waterfall. There are easily accessible viewpoints all around it – it’s stunning. 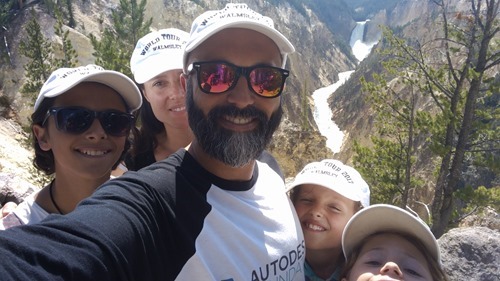 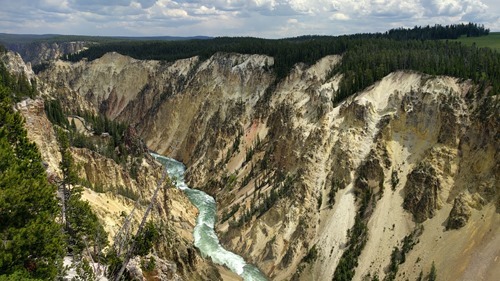 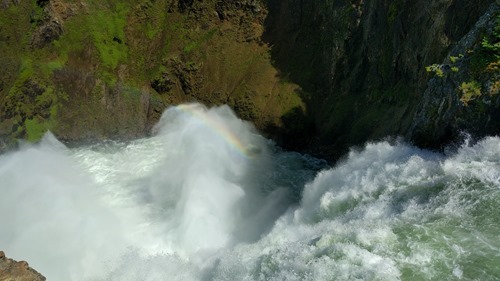 The main downside was the enormous volume of people. We were expecting it to be busy, but it turned out to be the busiest fortnight of the year. We did our best to avoid the crowds, but some were unavoidable. Oh well.

The second day we ended up doing more geothermal-oriented visits: the Artists Paintpots, Biscuit Basin, the Grand Prismatic Spring and (of course) Old Faithful. We ended up heading on round to do the complete “Lower Loop”, wrapping up a fantastic day with a trip to Norris Basin and Steamboat Geyser. 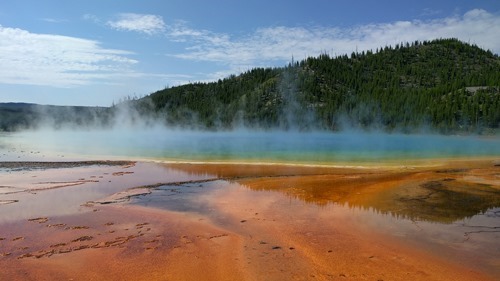 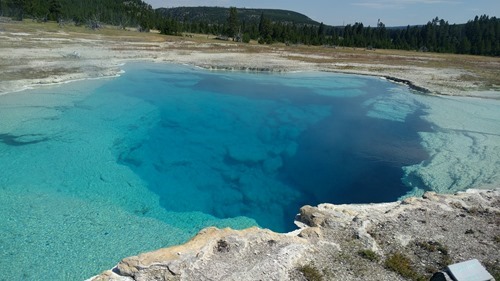 On our last day we decided to beat the crowds and do a quick trip to Norris Basin for 6:30am. It was amazing! 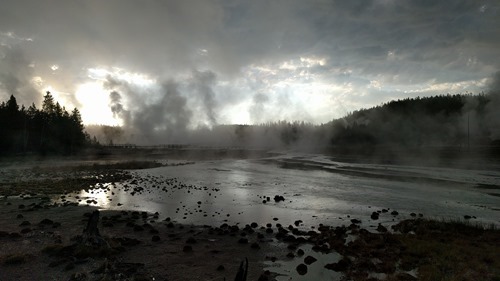 A bus-load of Chinese tourists arrived at 7am – and were clearly on a schedule, as they were gone within about 20 minutes – but until then we pretty much has the place to ourselves. The rest of the morning was spent up at Mammoth Hot Springs, followed by a tour of the “Upper Loop”. 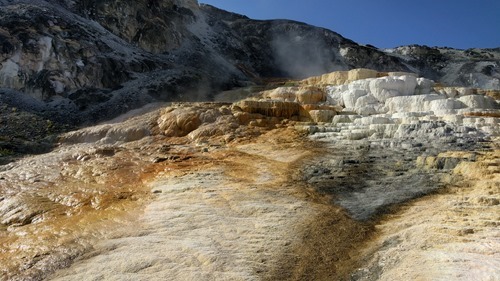 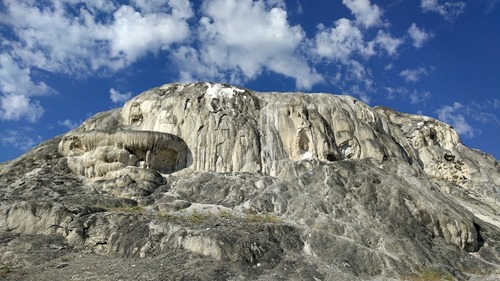 We had an early dinner and then walked back across to the Porcelain Basin for some sunset photos. We were absolutely devoured by mosquitoes – and nearly stumbled onto the path of a bison, on the way back home in the dark – but it was well worth it. 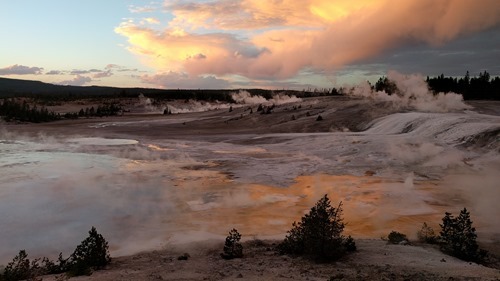 Speaking of bison… the wildlife in the park was just incredible. We saw coyotes, elk, moose, bison, deer and various other things, besides. No bears, but that’s probably not a bad thing, on balance. Here’s a snap of a bison we took from the car – after crossing the road it walked alongside for some time. 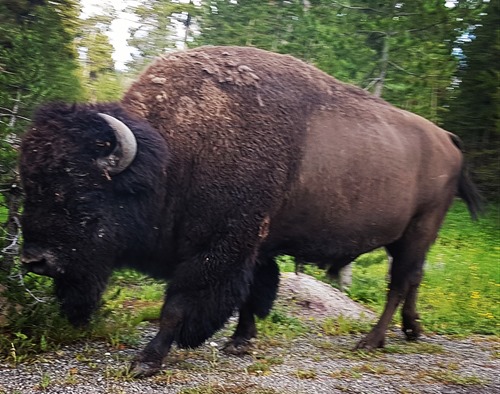 Here’s another shot which has a bison relaxing in the bottom-right corner. 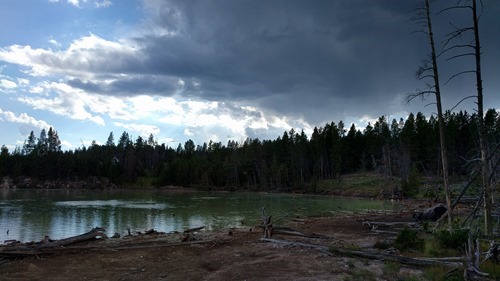 Yellowstone was an unforgettable place. Despite the crowds – and the bugs! – it was an incredible experience. From here we’re heading to Grand Teton National Park and down into Utah and the canyons. In the next post I’m going to talk a bit about our camping experience so far.