For the last year and a half I’ve been reporting into an Autodesk Research team based mainly in Toronto, so it made sense to include that city in the itinerary of our round-the-world tour. This did mean, however, that almost inevitably my wife and kids would be left alone for the majority of our time in the city, while I spent time with colleagues.

I’m part of the Complex Systems Research group, run by Azam Khan. It’s an impressive group – many have PhDs, a few of us do not – so it’s always an education for me to spend time with my team-mates. This time was no exception: on Monday and Tuesday a number of us participated in a “systems summit” where we learned about the work being done in the team around systems modeling and simulation. With particular focus on a core technology known as DEVS, which has been the basis of a number of interesting papers published by the team. I’m very far from being an expert in this field, so it was really interesting to get briefed on the current state of the art, as well as to try our hands at coding up a few simple examples. It’ll be interesting to see where this goes. 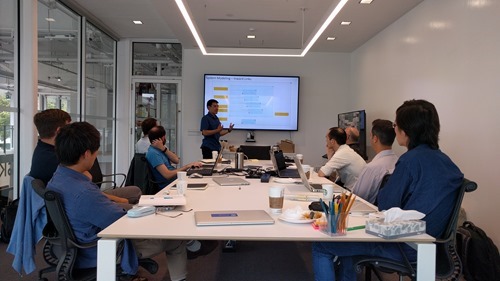 The summit was held in the new (not yet open, in fact) IDEaS Lab VIP Briefing Centre in the new MaRS office. 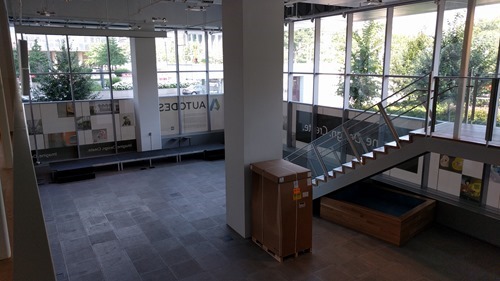 The office’s location is really fantastic: right in the centre of Toronto’s innovation hub. 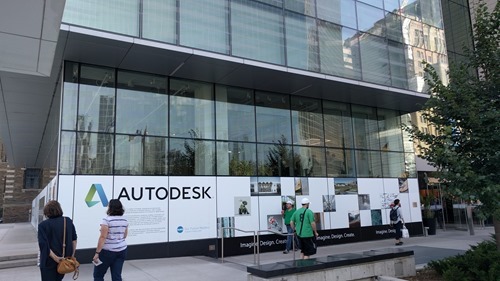 In the evening Azam took the attendees to a very nice vegan restaurant called Planta. Toronto is one of the best cities in the world to be vegan, by all accounts (although strictly speaking you could probably say the same of any city in Southern India :-). I ate vegan food at nearly every meal during my stay, and it was delicious.

When I arrived at the restaurant, most people were drinking a local beer with an octopus on the can. Perfect for an OCTO (Office of the CTO) celebration! 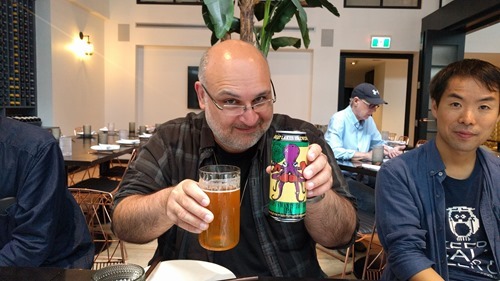 On Wednesday I spent time in our soon-to-be-vacated office at 210 King St East (the famous building used in the Dasher demos), attending a few meetings and catching up with team-mates who didn’t participate in the summit.

I’m really feeling at home in the Complex Systems team. I’m continually learning a lot, but it also feels as though my skills – and I’ve always considered myself to be much more of a generalist than a specialist – are of value to the team, especially in terms of connections with other parts of the company and adoption/integration of our various platform technologies.

So, many thanks to Alex, Simon, Hali, Jacky, Mike L, Rhys, Mike G, Dale, Tyson, Nobuyuki, Josh, Liviu, Baktash and (of course) Azam for the great discussions and the warm welcome to Toronto. My family really loved the city, so I dare say a longer visit is on the cards, at some point.

I’m writing this on a flight to Bozeman, Montana (changing planes in Denver, Colorado), from where we’ll start our 3-week camping tour of several of America’s National Parks. Starting with Yellowstone, of course. Should be interesting!