Utah is an absolutely incredible place. We’ve spent the last week or so discovering some of its State and National Parks. As mentioned previously, we used Dead Horse Point State Park as our base for the first few days, from there visiting Arches and Canyonlands National Parks. We then hit the road and headed towards Bryce Canyon, passing through Capitol Reef and staying overnight outside Bryce at Cannonville, so that we could get in early for a first-come-first-serve camping spot.

Our stay in Bryce went very well: after a couple of days we got up really early – packed and on the road at 6:45am, after 2 nights of camping! – to get another first-come-first-serve spot in Zion National Park, an hour and a half’s drive away. It’s monsoon season in this part of the world, so we’ve had rain in the afternoons at Dead Horse Point, had a few spots of rain in Bryce Canyon and been thoroughly drenched in Zion. But we’re still smiling, thankfully.

Here’s a quick rundown of the parks… all of which are so very different. By the way – I’d like to extend a special thank you to Simha Sadasiva, who we met along with his lovely family at Arches, Dead Horse Point and then Canyonlands. Simha is a former Bangalorean (my mother is from Bangalore and my wife and I had our first child there) who is CEO of a Silicon Valley startup called Ushur. Simha gave us several invaluable tips about accommodation, dining, routing and even paying to enter the parks: we were paying individual entrances when we could have bought an “America the Beautiful” pass that gets you into 2,000 National Parks for just $80 per year. Luckily we were able to show previous receipts on entering Zion and so got the pass basically for free.

This was a real discovery for us – not at all on our radar, but a great addition to our itinerary. Thanks again to Dan and Meghan from Portland for the fantastic suggestion! Dead Horse Point is thus-named because cowboys apparently used to abandon the less interesting horses they’d coralled here. The view is much more lovely than the back-story, though: 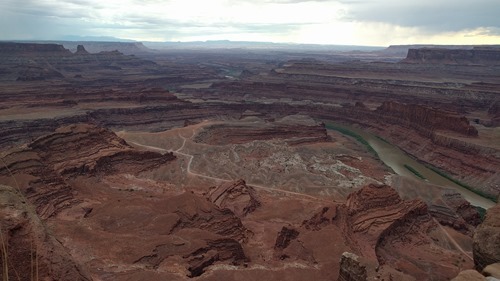 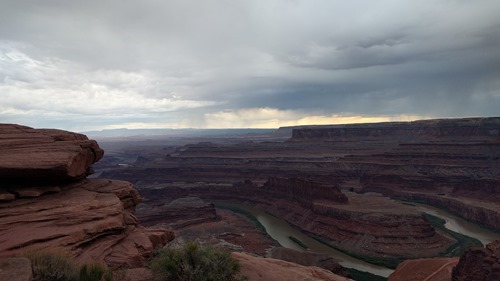 This is probably the most iconic park in Utah: the Delicate Arch is the State emblem, I believe. We didn’t do the 4+ mile hike up to that particular arch, but we did see it from a distance and got up close and personal with several others. Amazing, amazing scenery: it was very interesting to learn how fins, mesas and arches are formed in this part of the world. 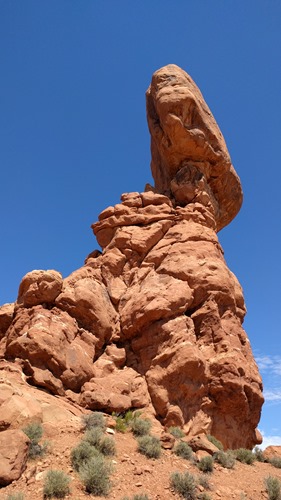 This park was in many ways quite similar to Dead Horse State Park, although with a much more extensive area. Incredible views from the edges of canyons and over a huge crater perhaps created by a meteor impact. 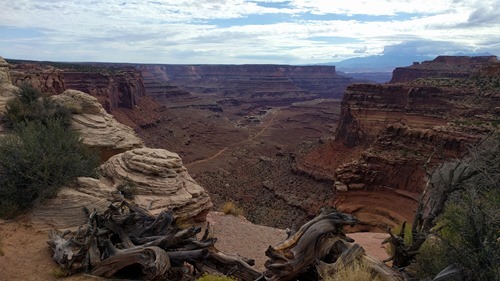 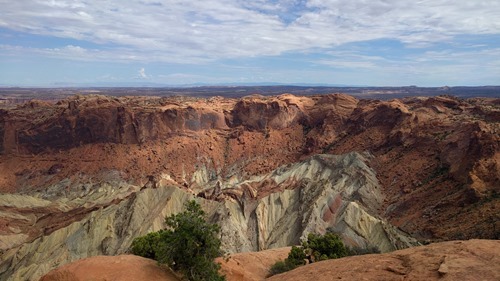 We drove through this one without stopping more than a couple of times, but it seemed nice and had different geology than we’d seen until now. This park was exceptional. It contains a huge of number geological features known as hoodoos. A strange name, but – trust me – they’re awesome. They’re columns of sandstone that are shaped by the elements, like the host of terracotta soliders in Xi’an. I’ve never seen anything like this… and the fact you can hike down into the hoodoos – via the incredible Navajo Loop Trail – is ust fantastic. Alongside Yellowstone, this park was really one that stood out, for me, personally. 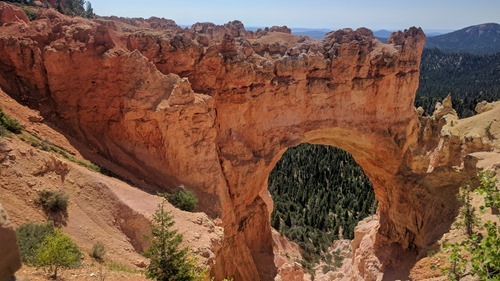 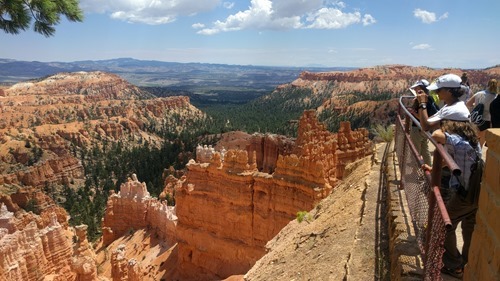 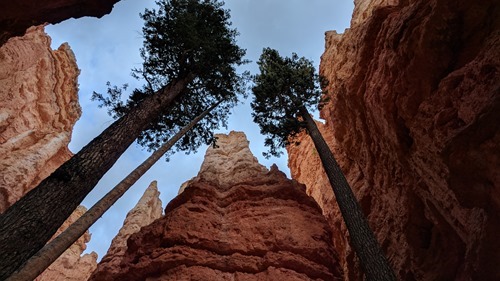 An imposing, impressive park. You spend most of your time here inside a canyon; there’s a very efficient bus loop allowing you to travel the length of the canyon without needing your car. (Bryce has something similiar, but in Zion it’s mandatory – you can’t take your own car past a certain point.) The scenery is stunning, but while the geology is certainly different from Switzerland, the overall “feel” isn’t (if that makes any sense). So yes – an incredible place, but not as outstanding (for us) as Yellowstone and Bryce. 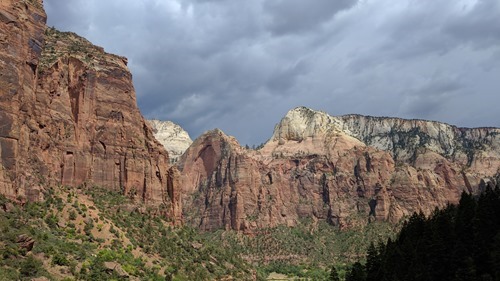 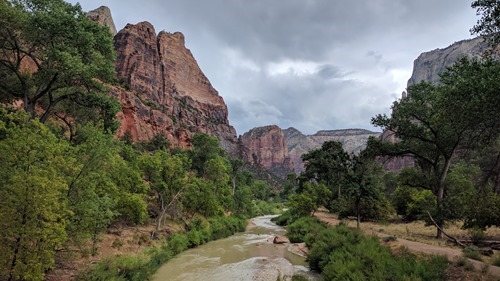 For those interested in our route down, here it is: 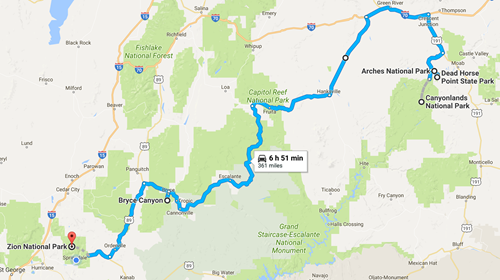 And as we were in Utah, I simply had to have a Polygamy Porter. If monogamous be sure you get your wife’s approval before trying! 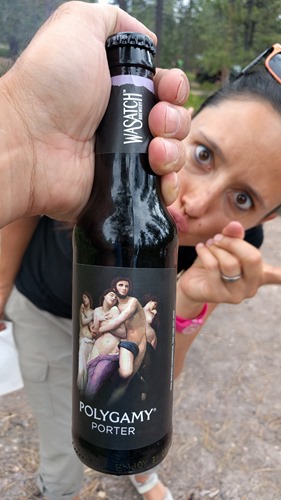 We're now heading across to Nevada to spend some time in Las Vegas. This is probably the least interesting stop for me, personally, on our journey so far (I’ve been there 1-2 times a year for a couple of decades, give or take), but then it’ll be my wife’s first time back there since we were married: she and the kids are very excited. So I’m sure it’ll be a different kind of fun, this time around.