Several people have looked at our trip’s itinerary and have reacted in a similar way:

“Wait a minute… why on earth are you going to West Hartford?”

It boils down to this: one of my closest friends lives there. Duncan and I met during our first week or so at University – we played field hockey together – and ended up becoming very good friends: we lived in a shared house during our 2nd year at Uni, for instance. We’ve stayed in touch ever since, visiting each other in the US, Switzerland and India and even meeting up for our Uni’s 50th anniversary last year in the UK. Duncan works at ESPN in Bristol, Connecticut and lives about half an hour away in West Hartford.

So there wasn’t any way I was going to miss the chance to have my family meet Duncan’s if we were anywhere nearby. And here’s the thing: of the stops we’ve made on the tour, so far, West Hartford was by far the best. It was so nice for all the kids to play together and to get to know one another. And there was also an unexpected sweetener to our stay, too.

Duncan works in the broadcast automation department at ESPN, and occasionally has the need to use CAD on various projects. A recently retired colleague of his, Bob, took care of the various AutoCAD customizations being used at ESPN, and has made use of code from this blog, over the years. At some point Duncan and Bob connected the dots about both knowing me (directly or via this blog), and so Duncan kindly arranged a trip to Bob’s place during our stay.

Bob lives in Guilford, which is about 45 minutes away from West Hartford (fun fact: I started working for Autodesk in the Guildford (UK) office, and everyone pronounced the name of the city without the first d :-). Bob has a fascinating hobby, too: he collects and restores pinball machines. He has a collection of 17 working pinball machines, many of which he has restored from a state of significant disrepair. 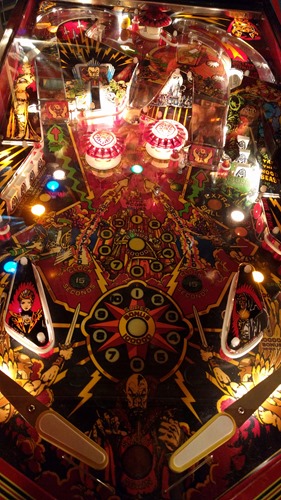 Walking into Bob’s basement is an amazing experience… 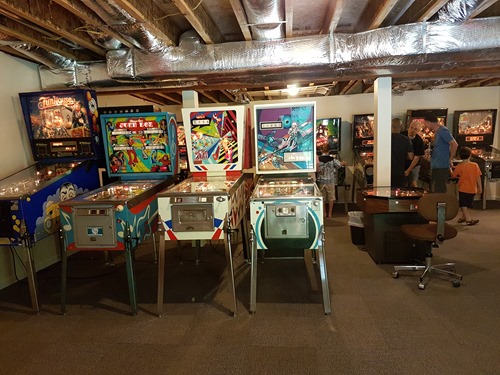 Bob’s collection – and his knowledge of pinball history – is beyond impressive. Here’s an electrical schematic of the Skylab machine, one of the oldest in his collection. (There’s one that’s slightly older, which you can tell because it has a score with the fewest digits. Skylab has one more digit in its score, but it’s fixed at 0: the number of digits was really a marker for how modern the game was, but it was obviously largely marketing-driven. The manufacturers even painted in a partial 9 above it and a partial 1 below it, to give the impression that it’s actually a reel that could turn. :-) 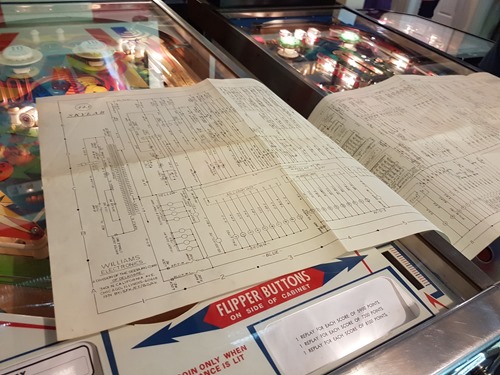 Skylab’s an electro-mechanical device, pre-dating the era where modern electronics were used in pinball machines’ innards. Interestingly the earliest pinball machines didn’t even have flippers (see the UX hint above showing where to find the buttons). Rather than being games of skills, they were basically gambling machines: you’d launch a ball with the plunger and get points – and potentially a payout – depending on what happened. A lot of manufacturers’ decisions around the ability to earn a free ball – rather than a free game, which could be considered financial recompense – were driven by rules governing gambling. 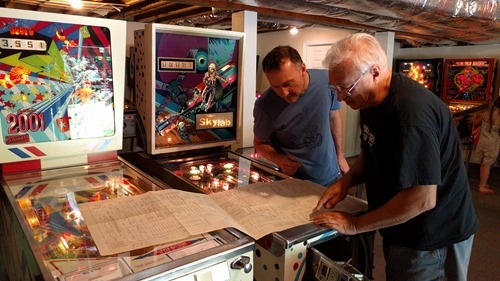 Bob opened up many of the machines to show us how they worked. Super-interesting. 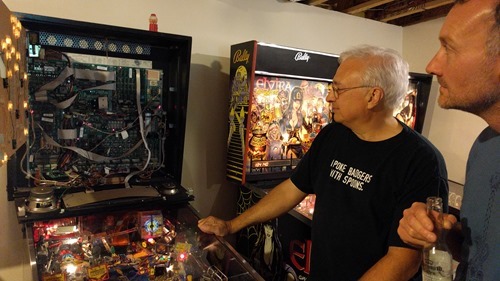 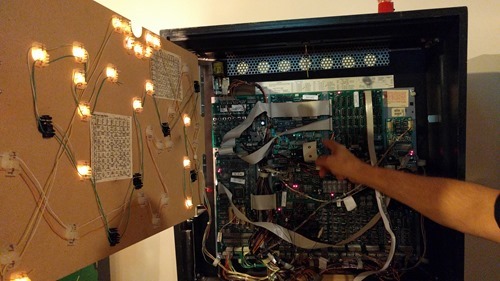 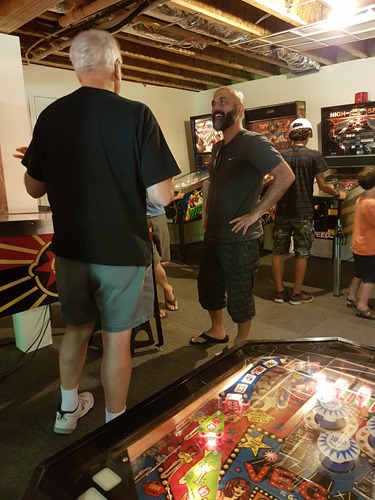 Out back, Bob has his workshop where he has a few machines awaiting restoration. The skillset needed to resurrect one of these games is wide-ranging: not only do you need to manage electrical circuitry and electronics, you need to deal with mechanical problems and even the creation/restoration of decals. Bob has taught himself to airbrush, for instance. Some of the designs on these machines needed a huge amount of work to restore, masking tiny details while airbrushing around them. 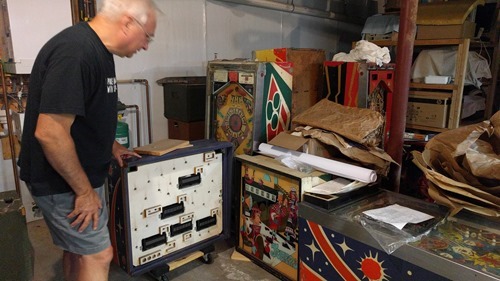 The results of Bob’s hard work are simply magical, though. Pinball machines may have been largely superceded by video games – due to their relative complexity and difficulty to maintain – but their appeal is timeless: kids of all ages are still drawn to them, as you can see below. 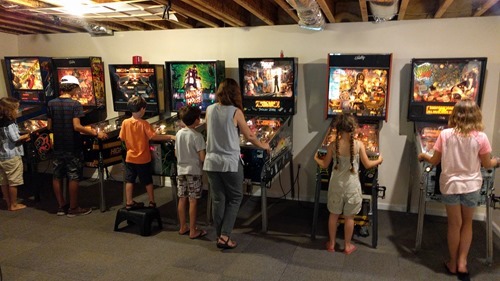 I played almost all of them during the 3 hours we were hosted by Bob and his wife, Kathy, even if I was never much of a pinball wizard, myself. 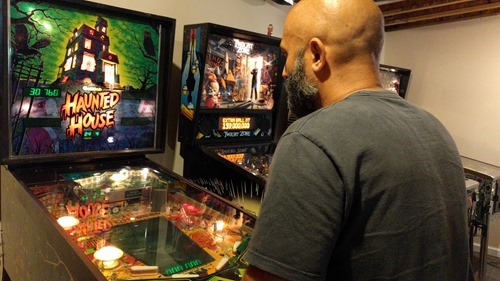 A huge thank you to Bob and Kathy for a fascinating afternoon in Guilford, as well as to Duncan and Eugenia for welcoming us into their home in West Hartford. 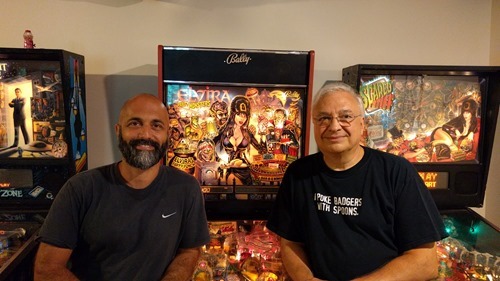 I’m very much looking forward to coming back again to this part of the world, at some point. For now, though, we’re heading to Toronto where I’ll be spending time with colleagues from Autodesk Research in an internal “systems summit”. A different kind of fun. :-)