Our plan – as you can see from our website – was to spend some time in Grand Teton National Park before breaking the journey south to Bryce Canyon in Salt Lake City.

That plan changed in Yellowstone: while in Mammoth Hot Springs we met a really nice family from Oregon who had some interesting advice about visiting the Arches and Canyonlands National Parks while using Dead Horse Point State Park as a base. Thanks, Dan and Meghan!

So it was that we headed south through Grand Teton and even ultimately decided to power on through, rather than staying overnight there. Part of the reason was that the weather was a bit ugly – it was raining heavily, on and off – but if we’re honest it’s because the admittedly beautiful landscape reminded us too much of Switzerland, and we didn’t come all this way to see places just like home. 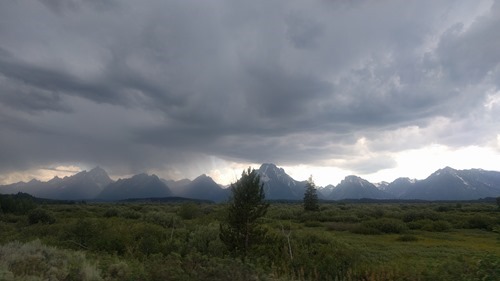 Rather than taking the interstate down through Salt Lake City, we opted to take a slightly slower route, the US-191 S. What a great decision – it was a stunning drive down through Wyoming, Utah and Colorado (and then Utah again). 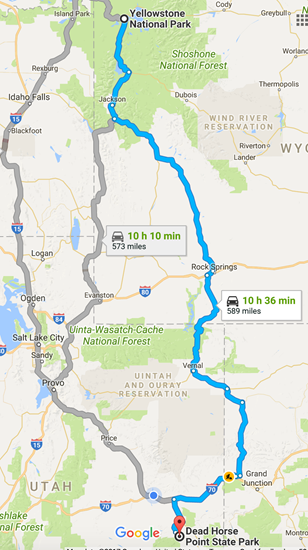 The variation in scenery between Yellowstone, Grand Teton, the Gros Ventre Wilderness and the areas beyond – all beautiful in their own ways – was pronounced. A fantastic family road-trip. 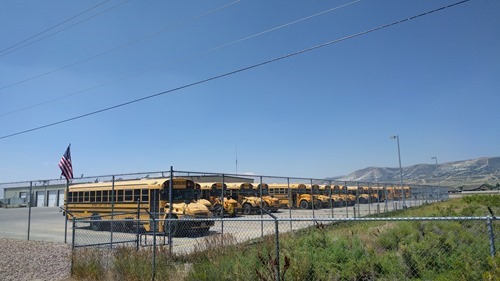 We stopped off in Rock Springs, Wyoming and stayed the night at a Best Western called The Outlaw Inn. I don’t think I’ve ever seen a more strangely designed hotel (that was my joke – it was called The Outlaw Inn because it breaks all the rules of good hotel design ;-). The layout was just bizarre: you had to walk through a conference room – either that or the swimming pool area – to reach the rooms. 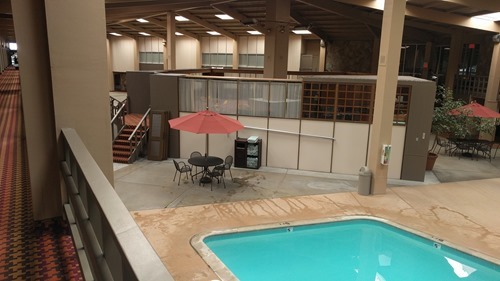 But it was clean and comfortable – especially after 3 nights under the stars – so no one complained at all.

The next day we let the kids have a good swim in the morning, which meant we missed breakfast. This ended up being a blessing, as we went to eat at IHOP, instead. By pure luck we landed there on the chain’s 59th birthday, which meant they were serving their short stacks for just 59c each. Cheapest breakfast ever! 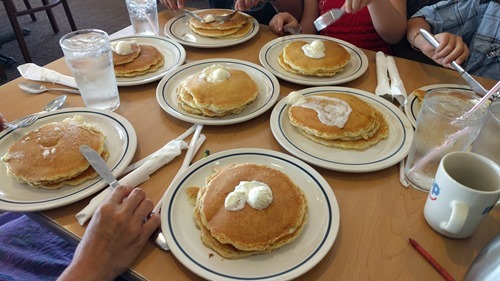 We had some laundry to do – we’re packing light, so really have to wash clothes every few days – and then eventually got back on the US-191 S. The drive was – once again – breathtaking. And with virtually no traffic on the roads… just fantastic. We had one more night’s stop to make, this time in Fruita, Colorado. We had a really nice dinner at Sud Brothers – sitting out on the street, on their patio, with a gorgeous sunset lighting the sky – and booked a night at the local Super 8, once again with a pool. 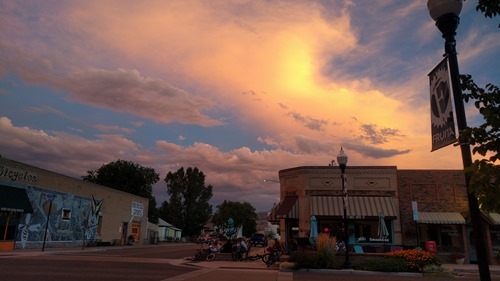 The next day we had a short drive onwards to Dead Horse Point State Park, which we’ll talk more about in a future post.