A busy day at EPFL

Yesterday I was back at EPFL to visit a number of different people/teams.

The main purpose of the trip was to meet with Klaus Schönenberger and Solomzi Makohliso from EssentialTech: an EPFL organization focused on reducing poverty by encouraging transfer of essential technology to developing nations. Examples of technology that has been transferred by the programme are a safe, affordable X-ray technology and a protective suit for working with Ebola patients. 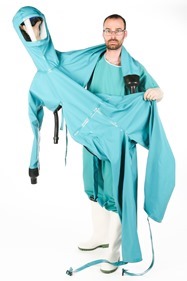 The delivery mechanism for the technology will either be an existing company or a startup, depending on the situation. The work EssentialTech is doing is extremely important: I’m looking forward to Autodesk finding a way to support their activities.

When the meeting finished, after lunch, I took the opportunity to catch up with some EPFL-based robotics researchers: I met with two members of the Laboratory of Intelligent Systems who both happen to be called Alice. I’d met Alice Concordel at the Design Night in Neuchatel, where she had demonstrated one of her projects, RoboGen, to Design Night attendees for several hours.

She showed me around a couple of their laboratory spaces: 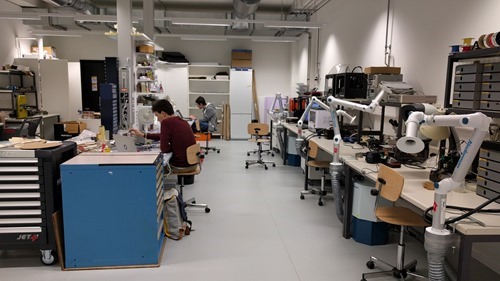 The intelligent systems lab is the birthplace of a couple of drone companies, SenseFly (now owned by Parrot) and Flyability. 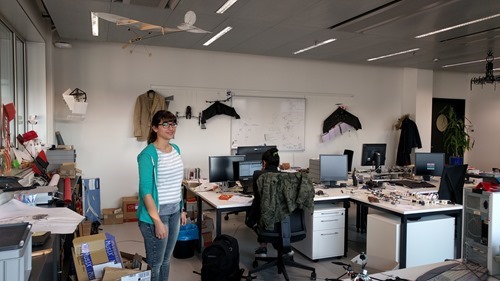 It was really cool to see some of the prototypes hanging on the wall. 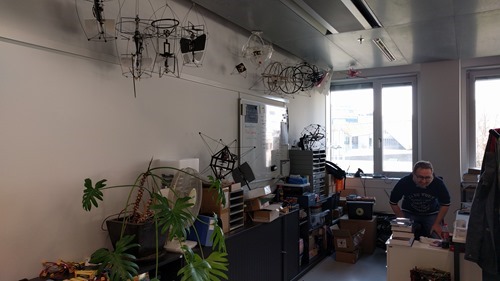 Another project Alice C is participating in relates to remote control of UAVs using a sensor-packed suit – so that the drone responds to the pilot’s movements – which I’m very much hoping to try out at some point. Sounds like a whole load of fun!

Alice C introduced me to Alice Tonazzini. Alice T is researching materials that soften when heated – by a current passing through them, allowing them to be molded or shaped – and then rigidify when they cool. Check this article for a more in-depth explanation: this material has the potential to be used to create an “electronic cast” for broken bones or even to create drones which can be reconfigured on the fly. This could be huge. 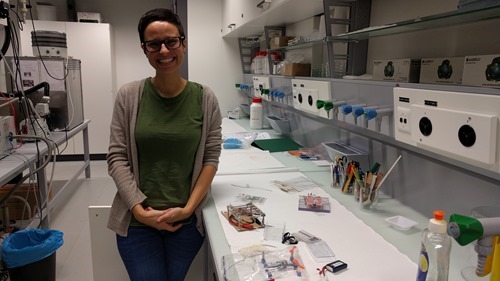 The last meeting of the day was to meet with my friend Bogdan from SkeletonCAD and with Robin Mange and Javier Bello Ruiz from Imverse (a fledgling startup focused on AR and VR). We met initially at the new Montreux Jazz Cafe… … and ended up having a few more drinks at the Satellite campus bar. 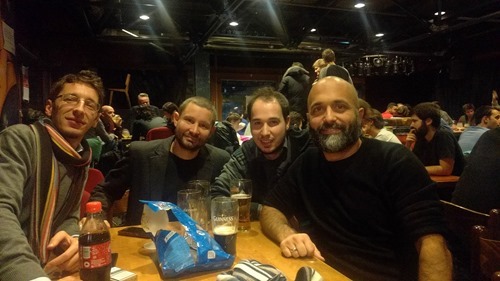 It was a wide-ranging discussion including topics such as the state of AR/VR technology, the relative merits of programming languages and (sigh) politics. It was a great way to end another super-interesting visit to EPFL.