« Creating a 3D viewer for our Apollonian service using iOS Part 3 | Main | Around the Corner: a new ME developer blog » 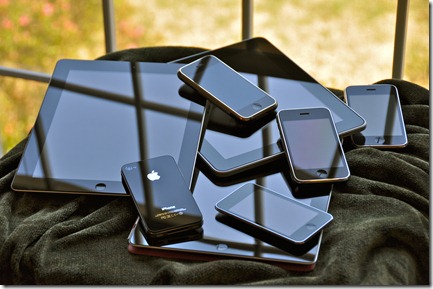 As we reach the end of this long series of posts on moving code to the cloud – and a look at ways to use the functionality from a wide variety of applications, many of them on mobile devices – I felt it was worth putting together a quick summary post to reinforce the overall message (which may have been a bit lost in the sheer volume of information).

Firstly, here are the posts in this series, including those looking at the original creation of the “desktop” application functionality:

Moving it to the cloud

Using the web-service from various clients

This series was really intended to demonstrate that there are significant benefits in making core algorithms cloud-based, not only from an architectural perspective, but from the broad range of applications it enables you to provide to your customers in the long term. And also that this technology really isn’t hard: most of the client apps took a day or two to develop and none took more than a week.

I’ve chosen to deal with graphical data in this series of posts – mainly to make them more visually interesting – but it’s arguably even more compelling to broaden the reach of associated, non-graphical design data using this kind of approach.

Hopefully some of you have followed along with these posts, and derive at least some benefit from seeing similar code working in a variety of languages on a variety of technology stacks. It’s certainly been a fun one to work on: diving so deeply into the respective technologies has at times been challenging but highly educational. :-)

For a further visualization of this data in an augmented reality application, see these posts: